BLUE PROTOCOL Release Date: When is Blue Protocol Coming to the West?

Blue Protocol is a AAA budget Anime MMORPG currently being developed by Bandai Namco. Blue Protocol was initially announced back in July 2019, and I expressed my excitement for the game at the time. However, upon its initial announcement, it was revealed to be releasing exclusively within Japan, much to the disappointment of the general MMO community.
What players didn’t know at the time was that that was their initial plan. As the development cycle continued making progress, their stance on a global release changed. This is partly due to the fact that the game has become so popular all around the world since its original inception.
The one question on everyone’s minds though is when the game is going to receive a Western release. Or, even more so than that, when the game will receive a release date of any kind.

Is BLUE PROTOCOL Coming to the West?

The developers, Bandai Namco, have remained fairly tight-lipped with regards to anything beyond the initial Japanese borders for the game, but the Blue Protocol team did express interest mid-2020 in a Western release, exclaiming that it’s definitely something that they’re in the process of working on over time.
Late-2020 they went on to confirm that they are definitely working on a global, English version of Blue Protocol, with players going as far as datamining not only new classes, regions and various additions not present in either the Alpha or Beta test, but also English localization files.
Adding on to this was Bandai Namco’s reveal that they were looking for an English localization director, in charge of dealing with Western countries moving into the future.
However Japan is where the game is going to release initially – as that is the country of origin for the game, and that is where they’re aiming to focus their attention for the time being but it was confirmed to be expanding globally after their launch in Japan. “2021 in Japan, the year after everywhere else” were the words given.
Bandai Namco recently held their very first Closed Beta from April 23rd through April 27th and the Closed Beta was a huge success, having over 100,000 players in-game concurrently.
The official Blue Protocol Twitter has continued to release regular information regarding the game. Combat additions and alterations, new features and functions and more. While they aren’t revealing as much as players would like, they’re releasing information fairly frequently, not letting the hype for the game ever dip too low.

To quote the developers’ initial response, “We have said that it was intended to go global from the start,” and once again, their more recent confirmation, “2021 in Japan, the year after everywhere else.” But once again, the question remains: When will Blue Protocol be launching? What is the release date for Blue Protocol?
Bandai Namco expressed their plans to try and get the game completed last year, within 2020, but due to a variety of reasons, more specifically having to work directly from home due to the state the world was in in 2020, and even moreso in 2021, that was delayed to 2021.
Yes, the release date for Blue Protocol is expected in 2021 in Japan, with the North American release and European releases following “the year after,” so the North American, English release for Blue Protocol should be some time in 2022. Likely towards the 3rd of 4th quarters if I were to wager a guess.

Note: This information is subject to change over the course of the development cycle, so keep this in mind when moving forward. We’ll make certain to keep this page completely updated with any and all information pertaining to the release of Blue Protocol. Until then, you might enjoy going through all of the information we have for Blue Protocol in the meantime! 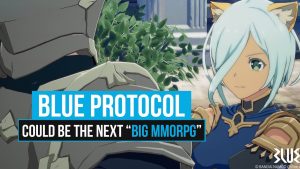 Blue Protocol Closed Beta Review Episode 4 – My full impressions of the Closed Beta, and what I expect from the game going into the future. 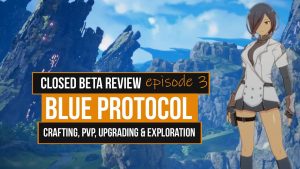 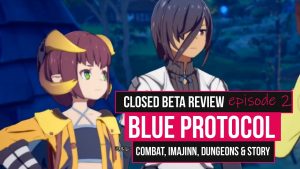 Blue Protocol Closed Beta Review Episode 2 – Testing out the Action Combat, the Imajinn system, running through the Dungeons, talking about the Raids and the Story. 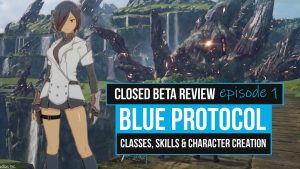