In news that I’m sure Nintendo wasn’t necessarily anticipating, Pokemon: Legends Arceus has done the impossible, and surprised everyone. Proving that the tried and tested formula they’ve been using up until this point.. might not be the best route to take moving into the future.

Pokemon: Legends Arceus, as of May 12th, 2022, has sold just shy of 13 million total units – 12.64 million in specific.. For reference, main series titles like Brilliant Diamond and Shining Pearl both sold 14.65 million copies over their life. Pokemon Legends was a departure from the norm. It took the established formula that had been in use up until this point, and completely took it in another direction. With many people comparing it to a low-budget Genshin Impact at the time.
Having a non-main title reach numbers as high as the Diamond and Pearl remakes was unexpected and unheard of. No doubt after seeing this, Nintendo and Gamefreak are questioning where they want to take the series in the future. 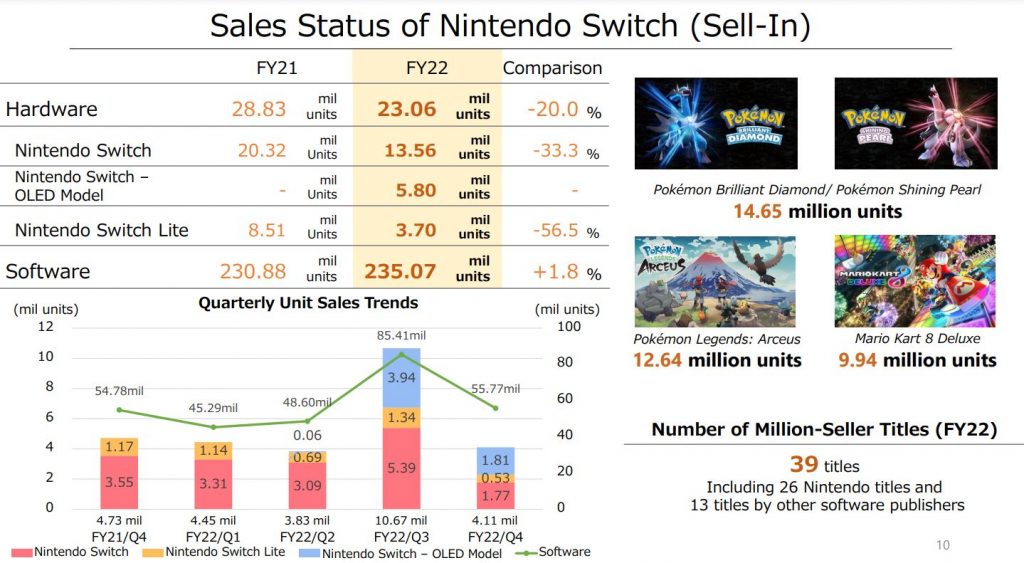 Theoretically, they could continue remaking older titles while trying to take advantage of this newfound success, spinning off an entirely new genre, and subsequently franchise within the Pokemon intellectual property.
Or, new main-title games might take what Legends did, and improve upon it. Although at the same time… this is Nintendo and Gamefreak we’re talking about here. When have they ever done the smart thing?