Dominate foes in real-time PvP.. Slay terrifying World-ending demons.. Tame and ride mystical mounts.. Customize your own monster.. Dive and explore the Abyssal depths.. Awaken the legend within.
Welcome to MU Origin 3, a game with over 500,000 downloads, 19,000 reviews, and one of the ONLY games ever released to have a full, 5* rating. That’s right, this is the ONLY game ever to be completely, universally loved by every single one of those half a million players. Or, at least, that’s what they’d like you to believe.

And I guess let me preface this by stating that if you actually, genuinely believe every player rated MU Origin 3 5*.. then you’re an idiot. And I mean that in the most loving way possible. But you know what? You’re my idiot. And I’ll lovingly nurture that idiocy within you into something that you can be proud of. 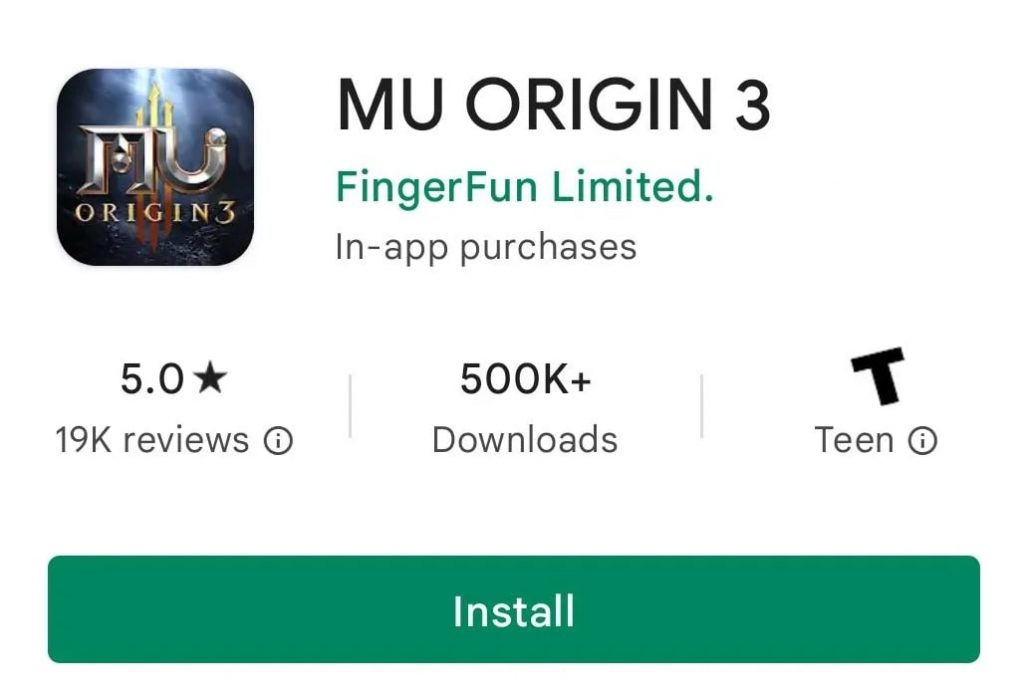 In all seriousness, though, I cannot believe this is allowed on the Google Play Store. And when I say “this is allowed,” I mean such obvious manipulation of their system. Google has certain policies in place, specifically pertaining to circumstances like this:
“User Ratings, Reviews, and Installs,
Developers must not attempt to manipulate the placement of any apps on Google Play. This includes, but is not limited to, inflating product ratings, reviews, or install counts by illegitimate means, such as fraudulent or incentivized installs, reviews and ratings.
Incentivized installs, reviews, and ratings include using text or images in your app title, icon, developer name that indicate price or other promotional information.”

Ni no Kuni Cross Worlds was guilty of engaging in rating manipulation, and surprisingly, while their rating definitely declined by a significant margin, they remained an active part of the store, suffering no repercussions for violating Google’s terms of service.
MU Origin 3 abuses Google’s terms of service? Meh, it’s fine. As long as you’re generating enough income for the store then they’ll turn a blind eye. This publisher has engaged in ratings manipulation in the past, and still has 5 games published on the Play Store.
Which is absolutely ridiculous. Why are we supporting not only this game but also companies that do this again? They’re inhibiting real games with real ratings and real players. And it’s disgusting. And the best part? Looking at the most recent ratings, you’ll see so many 1* reviews. A perfect 5* rating my ass.