I’m no stranger to adventure games. They’ve become one of my favorite genres to play through recently!

The sheer freedom you’re so often presented with to explore an enormous world – to play at your own pace. How you want. Without restriction. That’s a game I can enjoy. So when the trailer from Ubisoft for Immortals Fenyx Rising dropped I was excited. I’ve been itching to play something new, and with all this free time it seemed like the perfect opportunity!

I guess with any epic adventure there is always a story, right? So here is my story. A story of mystery. A story of suspense. A story of.. Love? Loss? And trying to figure out how to survive the expansive world that is now at your fingertips. Welcome.. to Mrs Stix’s dive into Immortals Fenyx Rising. 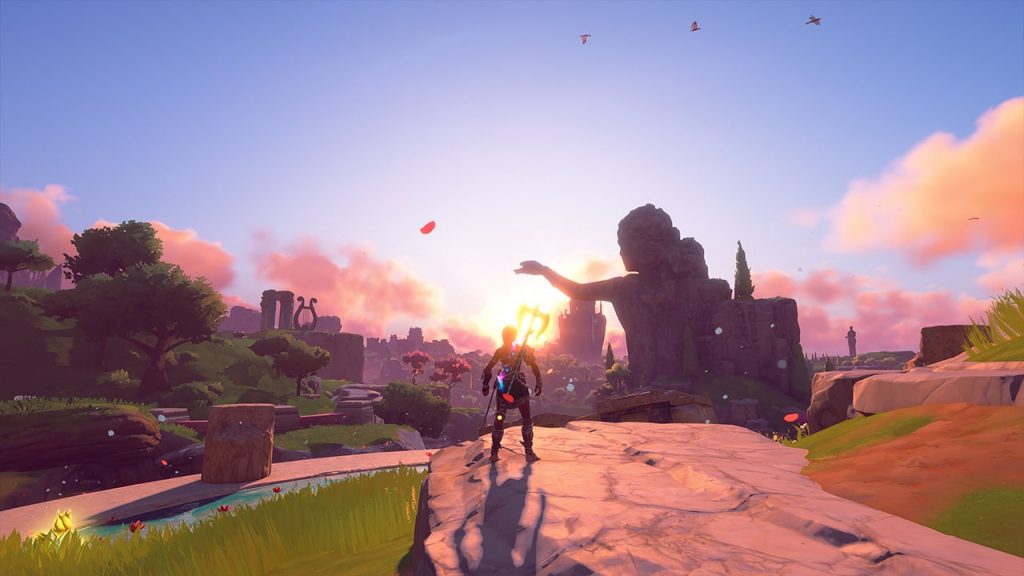 Upon first entering the game, you’re presented with the option of designing your very own hero, to which I drew inspiration from for my look today actually. You’re then thrown face first into a world swelling with Greek mythology and mythological creatures. I took a class in college on Greek mythology–why that pertained to nursing you might ask? I honestly don’t know, but I took it, and ever since then I’ve fallen in love with mythology as a whole, and this… this right here takes you on a delightfully humorous, fictional ride.

The story itself is alive with comedy and mystery, with tales of varying Gods, Goddesses and the Titans. The narration of the story is actually told to us from the perspective of both Prometheus and Zeus as you, the hero, move forth unbeknownst to your character to defeat Typhon, the Titan, and save the Olympians. Because they’ve grown kind of obnoxious, overconfident. Conceited, even. And you’re just the kind of wake-up they needed. 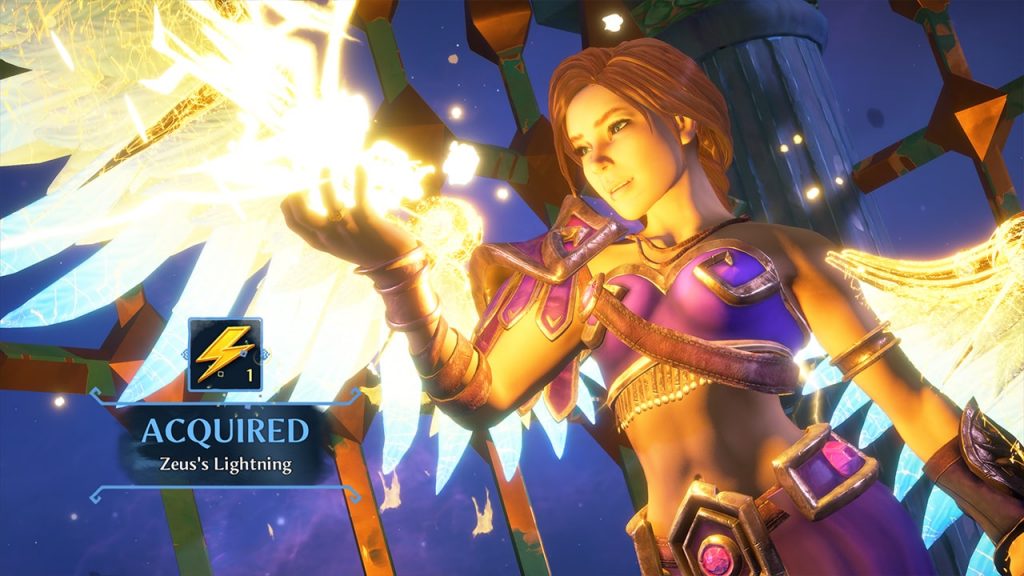 One thing worth noting is that while we do get to see a variety of different Gods, we also get to see various mythological creatures as well. Medusa, the Minotaur and even Cyclops.

As you traverse the world you’ll unlock bits and pieces of real lore through puzzles, vaults, and story. There are seven regions to which you will have boundless opportunity to explore as each region dives into yet another character of Greek Mythology.

Before moving forward, I just have to touch a bit more upon the puzzles themselves. These puzzles are a literal brain teaser sometimes, and I have enjoyed every aspect of them. 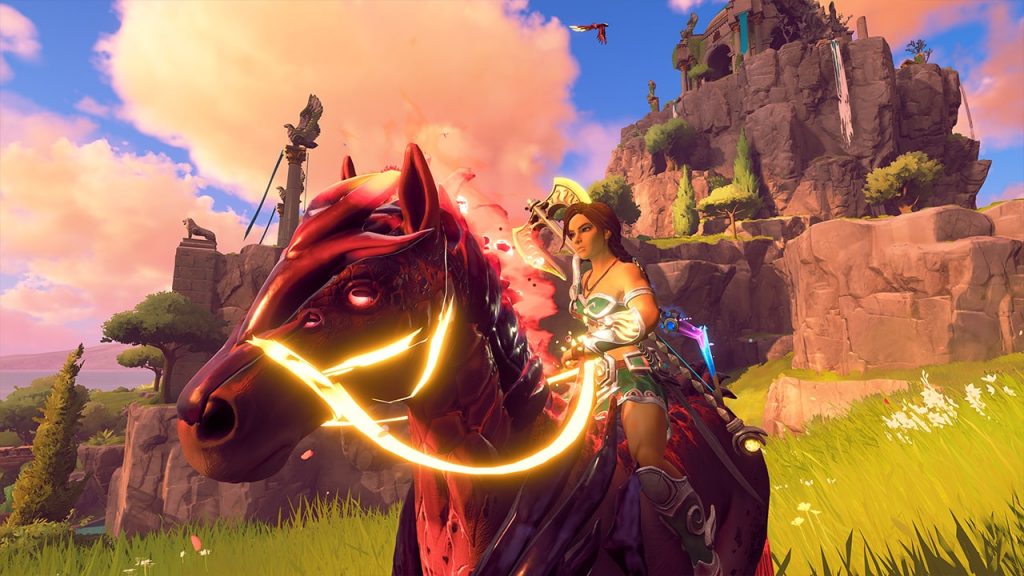 Some are as simple as placing objects in the right spots, to memorizing what needs to occur, and on occasion.. Something I have a slight bit of trouble with.. Sometimes: Jumping. Anyone can tell you that I love jumping, like so much. I’m great at it. So yeah, these puzzles are a literal boost for my self esteem. Mind you, as you go along and complete vaults, which are dungeons of sorts and can include puzzles, you’ll also do even more jumping! However, these vaults will provide you with gear to better assist you in your battles and.. jumping, because now you can fly! Who needs jumping when you have wings to get you places.

The gear you receive is also a nice additive, it’s not just about attaining stronger gear, it’s more about finding the specs you want to put into your characters. You can take this gear later on in the story to The Hall of the Gods where you will upgrade the gear of your heart’s desire.

You can also craft potions, increase your stamina, health, and purchase goodies with the coins that you obtain out within the world for your appearance or character upgrade. You will also discover, ba ba baaaa… sidequests! These will consist of dailies that you can dive into to garner even more of these coins and gear pieces. 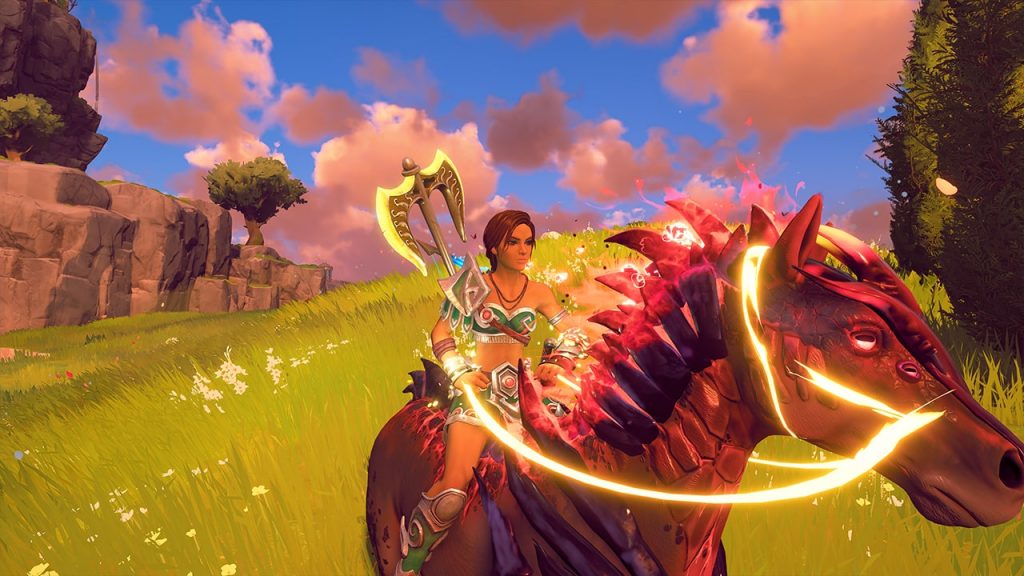 You can also use the coins of Charon that you collect out in the world from completing various tasks to upgrade your skills, and for those of you who haven’t caught onto it yet… these were the coins that Charon took to ferry the dead across the Rivers of Styx. Not Stix as in.. my husband Mr Stix, as much as he’d like to have a river named after him.

Yup, no details were left undone here. These skills are linear in terms of what you can do with them, but man do they make combat fun.

The combat itself is action and is as smooth as Greek Yogurt. I could seamlessly move between sword, axe, and bow with enemies. They also incentivize you to parry with some pretty epic scenes and damage reflection.

You can even ride your mount–yes–mount.. because you can go out and capture your mount of choice, and literally launch yourself off of it into the air to come crashing down on an enemy with a giant hammer. When I first saw that happen, my life was made complete. Not to mention when you’re firing your arrows you can choose to enter a state of slowed down time that looks like you’re starring in your own action movie. 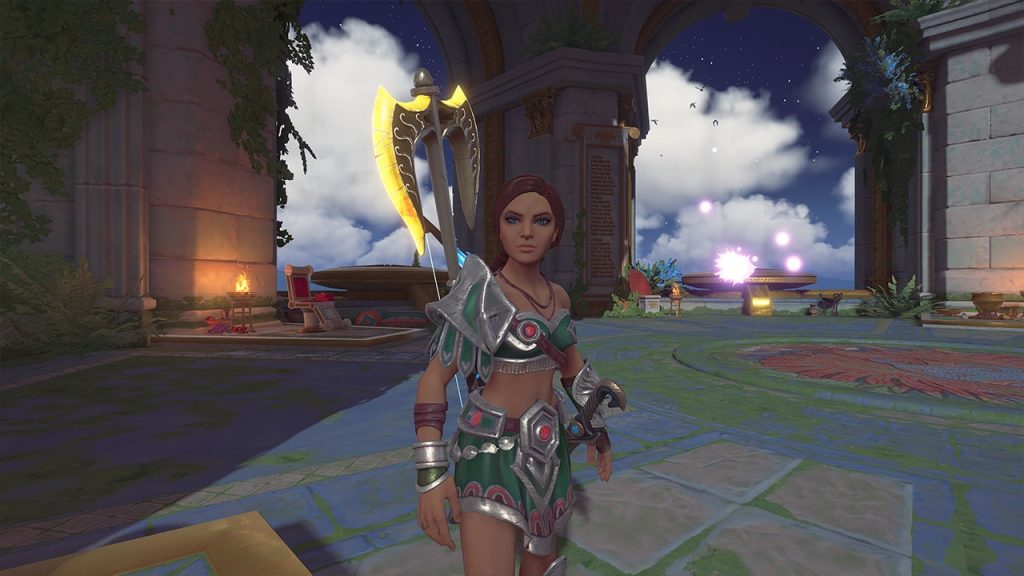 Overall, this game is just.. a lot of fun. It’s nice to just kick my feet up and play something that is lighthearted but yet so full of life, not an inch of this world felt empty to me. Personally, I really look forward to playing more. I’ll be sure to be playing this game when it releases come December 3rd.

Be sure to check out the season pass that includes three narrative based DLCs with new heroes like Q and Ash, cosmetics, and a new world inspired by Chinese mythology! If you enjoy the game, you’re definitely going to enjoy the upcoming content they have planned!