A Zelda MMORPG in 2023 Could Reinvigorate the MMO Genre

A Zelda MMORPG in 2023 Could Reinvigorate the MMO Genre

I just learned today that there are several Zelda-related fan-projects that have been in development for years. And while I don’t think I can legally link to any of them or name them, it did leave me thinking: Why haven’t we gotten a Zelda MMO yet?
Zelda is one of the most recognizable intellectual properties in the entire history of gaming after all. And given the stagnant state of the MMO market at present, I genuinely believe now would be the ideal time to take advantage of the little competition it would face.
So what would that look like if they did?

What would be a good art style to build a Zelda MMO on? The cel-shaded art style found in Breath of the Wild? The darker, more realistic art style found in Twilight Princess? The cuter, more cartoony art style found in Wind Waker?
Honestly, I feel as though whichever style the Zelda MMO opted to utilize would look phenomenal. Subjectively speaking, Twilight Princess had the best style of character models to me, with Breath of the Wild being a close second.
So realistically building an MMO in the darker, grittier vein of Twilight Princess would make for a type setting that isn’t typically present in the MMO-scene: Horror. With the exception of Requiem, I don’t think I’ve ever played a horror-themed MMO.
But I’m well aware not everyone is going to enjoy the darker aesthetic. And with the success of Genshin, it might be a safer bet to appeal to the masses, following-up with a game that feels more comfortable to that demographic of player. 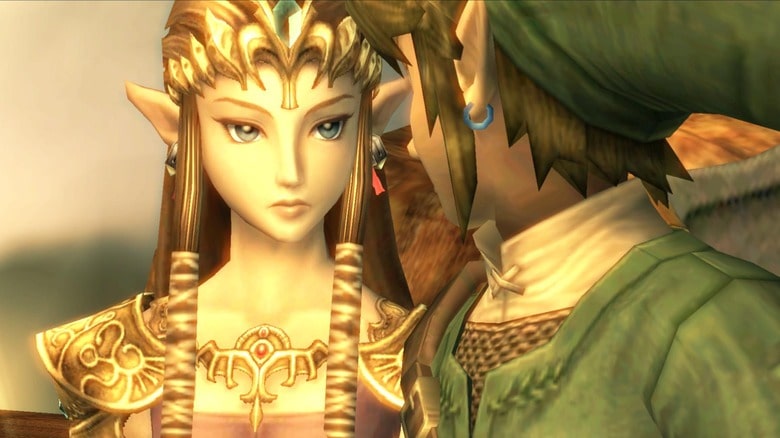 What is even more important than graphical style, however, is the gameplay. And personally, I do not believe any combat style outside of full action would work.
The Zelda games have employed action combat since.. well, the inception of the franchise, right? It’s been a long time since I played the older Zelda games, but I recall you mashing abilities and not requiring targets.
And while I believe Breath of the Wild probably has the best combat in the franchise to date – which is admittedly going to be a very contentious opinion to have, granted, I do not think how gear is obtained throughout the game would work in an MMO.
Having weapons break after a certain number of uses, or after depleting their durability is just something that would not, and could not work in an MMO unless you’re fully capable of repairing it. Durability isn’t a horrible feature, but if your weapon is destroyed after it reaches 0, that’s a different story.
Admittedly, I would love to see what they could do with the magic in the game. I feel as though magic in Zelda games have always been a little.. underwhelming. 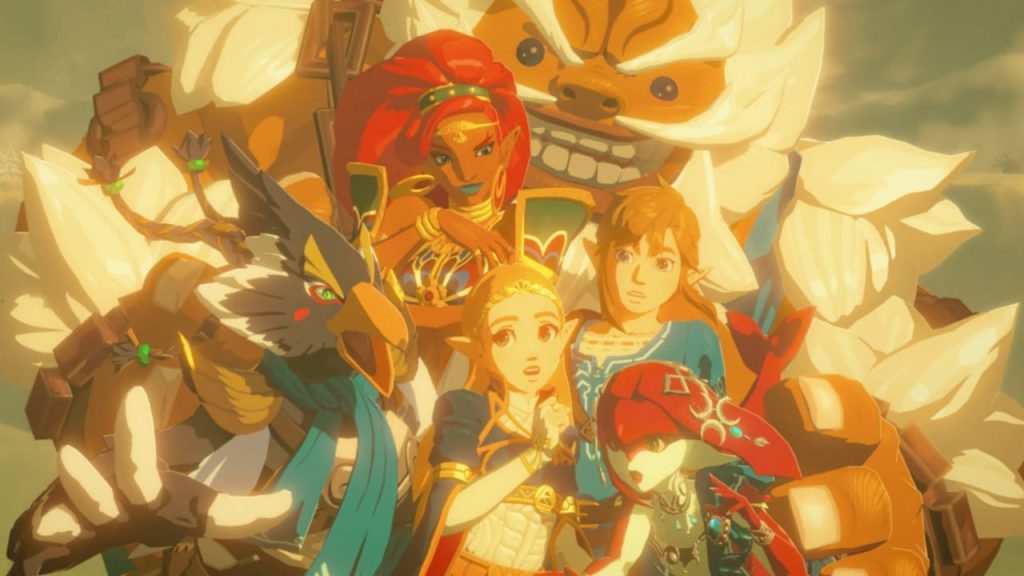 Speaking of magic, the various races that populate Hyrule all have substantially different magical capacities. Hylian’s like Link and Zelda, Gerudo like Ganon, Goron like Daruk.
There are an abundance of races already present within the franchise: Hylian, Gerudo, Goron, Zora, Rito. Albeit the Rito were only found within Breath of the Wild and Wind Waker. Nevertheless, being able to select your race from already established races, or additional races created specifically for the MMO would be incredible.
Imagine having zones that are exclusive to different races. Or at least introductory zones – like you find in World of Warcraft, in Final Fantasy XIV, in Perfect World.
Having the Hylian start off in Hyrule Castle Town, maybe the Zora from Zora’s Domain, have the Goron city in Death Mountain, the Rito from Rito Village, the Gerudo from Gerudo Town in the Gerudo Desert. The possibilities are endless, and seeing all of these beautiful, original-themed areas brought to life would be an experience unlike any other.
Maybe have each race represent a different elemental affinity, with increased damage and resistance relative to their respective region. So Zora would deal increased water damage while also taking reduced damage from the same element.

Zelda games have been pretty hit and miss with regards to story. We’ve had some incredible stories told: Ocarina of Time, Majora’s Mask, Wind Waker, Twilight Princess. But we’ve had some duds as well, like Tri Force Heroes, Four Swords, Spirit Tracks, Skyward Sword.
I think the game should be set in a new era, completely disconnected from the events that have taken place throughout the franchise. It can still be set in Hyrule, and feature the same towns, cities, and regions. But the story should be something entirely new – that continues to slowly evolve over time. Much like Final Fantasy XIV has done.
They have references here and there to other Final Fantasy titles. Crossover events. Gear sets, classes. Heck, maybe even have some guest appearances from NPCs that are capable of transcending time or reality. Reward some of us for having played other games and knowing the lore.
I don’t know how I feel about Ganon returning as the main villain again, or having a bunch of different “Link’s” running around the world. But I’m totally on board for having Zelda be an NPC that is integral to the story overall. Kinda like Jaina from WoW, Y’shtola from Final Fantasy XIV, Tybalt from Guild Wars 2.
Sorry, just naming my favorite NPCs from each game.
The game needs to be open-world though. No instanced zones. Open. We need a seamless world to explore without limitations. We have the hardware to power that kind of world, now. 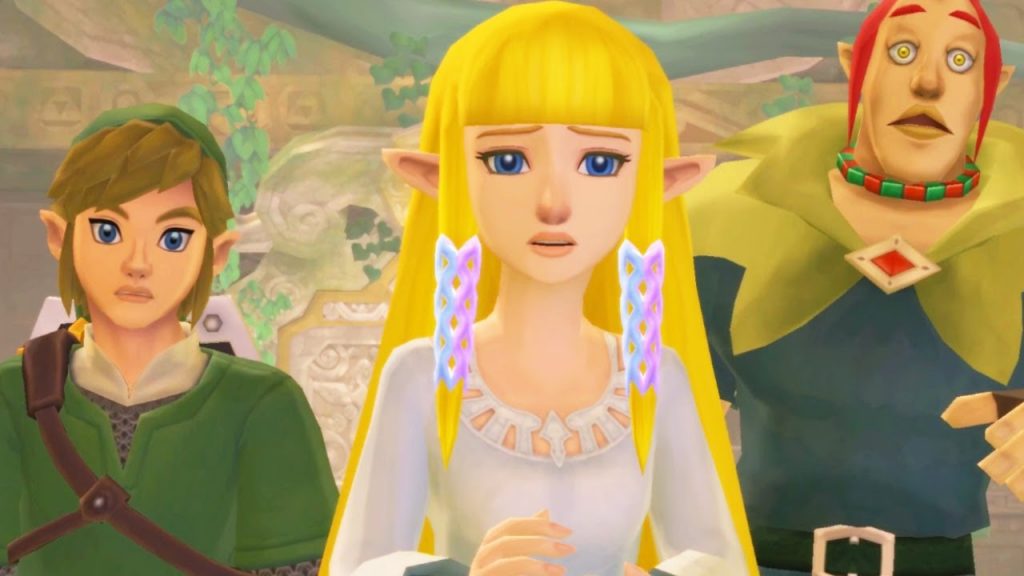 Regarding its business model… that’s tough. I’m going to be completely honest here: If they want the highest earning potential for their game, they’d opt to go the Gacha route. Providing Husbando’s and Waifu’s that might act as weapons or party members or something.
I dunno. I haven’t really ironed out specifics or how Gacha would really work in an MMO with only a single character being controlled. Maybe make the weapons you equip function as collectible Waifu’s like Tower of Fantasy?
The most fair, and arguably most reasonable option however would be pay to play. A subscription fee that you pay monthly.
I’m aware not everyone will be able to afford the sub-fee, but at the same time it guarantees they have a regular source of income to continue to fund future development of the game without relying on horrendous practices found in Gacha, or by pushing pay to win found in free and buy to play MMOs.

The potential right now for a large gaming franchise to come into the MMO scene and absolutely monopolize the market is immeasurable.
Pokemon, Zelda, Dragon Ball, Assassin’s Creed. I can name dozens of game franchises that sell tens of millions of copies every new game, that would have the resources to make a truly incredible MMO. But they’re not. And I don’t understand why.
Imagine doing what WoW did in the 2000s, but in 2023. Innovating, and reinvigorating the MMO genre. That would truly be a marvel. And honestly? I feel like a Zelda MMO would be an absolute hit. But what do you guys think?