Dungeon Fighter Online: A Look at the Game in 2020

Home / Dungeon Fighter Online: A Look at the Game in 2020
Latest News

Dungeon Fighter Online: A Look at the Game in 2020

Dungeon Fighter Online has long since been a favorite of mine in the genre. You can look at any of my “top MMORPG” lists and see that.
It’s always had this unique 2D retro-aesthetic that I really enjoyed. That took me back to a time in my childhood when I enjoyed side-scrolling brawlers like this.
Yet I’ve very rarely covered it in any form – which changes today, as Mrs Stix and I poured hours of sweat and tears into the game in order to take a look and see how it’s holding up in 2020.
You guys are welcome.

Starting off you’ll notice there are quite a few different classes to choose between, each having their very own unique back-story and classes associated.
The Agent, Priests, Demonic Lancer, Slayers, Gunners, Mages, Knight, Fighters, Thief, Dark Knight and Creator. As is evident, various classes have both male and female class counterparts.

You begin with an introduction to your character. Again, each character has their own unique storyline associated with them, which provides a lot of unique lore for those interested in each character’s background.
Typically I tend to gravitate towards the Mage classes – if you’ve been watching me for any length of time you’ll know this.
This time, however.. I dunno. The Slayer class really called out to me. A hot silver haired badass looking samurai? I mean, hello?

So I went Slayer, and I wasn’t disappointed. If we disregard her dark past – well, everyone’s dark past – wait, hold on. Before we continue.. does every character have some kind of traumatic past? Is that why we’ve all come together as heroes?
Are none of us here from the goodness of our own, philanthropic hearts? I’ll take that awkward silence as an affirmation of my initial thoughts.

Right, now where was I again? Oh yeah. If we disregard the Slayer’s past – I was pleasantly surprised by how much fun she is to play with. I don’t typically get much enjoyment out of playing as a melee class, but her flexibility – the style of her attacks, the speed and the effects of her abilities.
They’re all incredibly high quality and if you’re a fan of large amounts of special effects flashing all over your screen, you’ll love this.
For me, it’s kinda hit ‘n miss. Sometimes it’s handled well, sometimes it isn’t. In the case of DFO, since there isn’t a lot to clutter the screen, I feel as though having a plethora of special abilities flashing all over the screen is a positive.
What makes it more fun is when Mrs Stix – who I played with for most of our initial impressions this year, would use her own abilities in unison with mine. There were times where she’d look right at me and go “Babe.. I don’t know where I am.” or “uhh.. I thought I was you for a minute.”
Combat is probably some of the best I’ve come across in a side-scrolling brawler like this. I’ve played quite a few games in the vein of DFO but as I’ve noted many times in the past – this is one of my favorite games of its type.
And that is partially due to its combat. It’s fast, it’s fluid and it’s engaging. And each class feels unique – and let me tell you.. there are a whole lotta classes to choose between.

I know you’ve noticed that my character’s changed outfits quite a few times over the course of the video, right? That’s because not only is there quite a bit of customization when it comes to the physical appearance of your character, but also with regards to your skills.
I let the game auto-allocate my skill points for me because let’s be honest here.. it probably knows a better build than I do, right?
But when it came to actually customizing the physical appearance of my character.. both Mrs Stix and I had a ton of fun mixing and matching things to come up with seriously awesome looking characters.
I mean look at my girl right now. 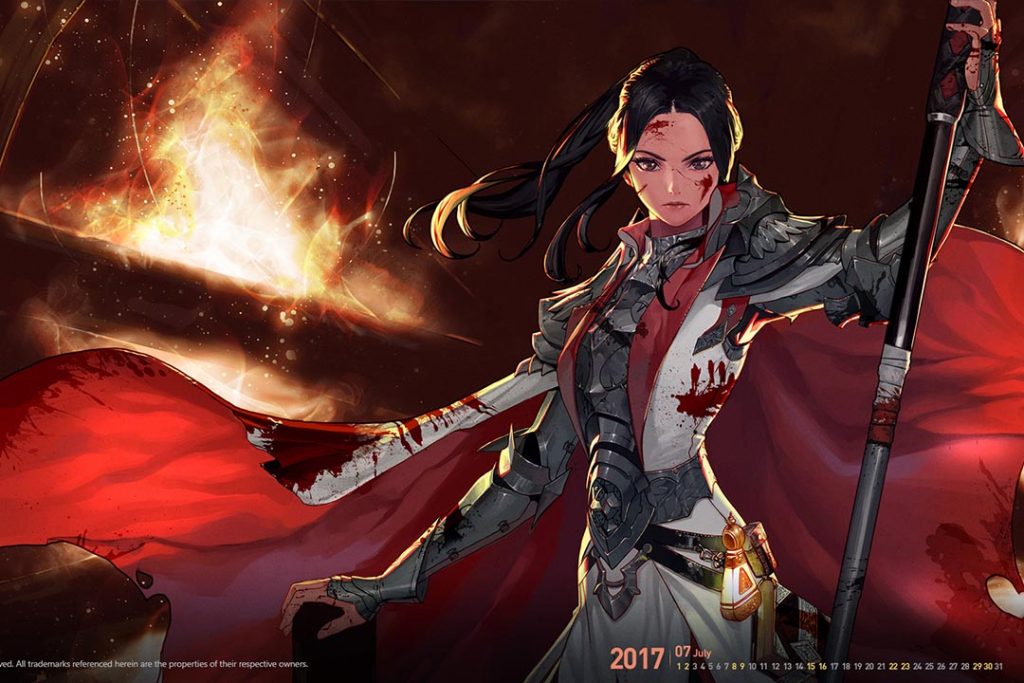 As noted initially, there were a handful of classes. However each class has their own tree of additional advanced classes, providing.. like.. 700 total classes to choose from. Yes, 700 is a slight over exaggeration, but at times it feels like there are more classes than you’d ever have the time to actually play.
But in providing players with a surplus of classes like this, they give players an endless amount of freedom to play any way they want to, really. I guarantee you there’s a combat style somewhere in this game that perfectly fits exactly what you’re after.
Magic, melee, tank or DPS.

Choosing your class is important, as it will be the difference between being effective.. or ineffective when it comes to endgame content.
I might not be a very good player, but I did tackle the Basement of Pain, the Black Shrine and the Pit of Incarceration, 3 of the incredibly difficult endgame level 100 dungeons.
These were substantially different to what I’d experienced up until that point, and.. I will admit, I wasn’t prepared at all. While each area of the map was more difficult than the last, and I could technically complete them solo – I would strongly advise against doing so.
I learned the hard way that going solo would take hours per dungeon – but there comes the appeal.
Rarely do you have such difficult dungeons in games, and rarely are you forced to work together to overcome obstacles like this. And don’t even get me started on the endgame Sirocco Raid. I was tempted to try it but.. yeah, that ain’t gonna happen.

Granted this game isn’t going to be for everyone.
At its core, Dungeon Fighter Online is a hub-based dungeon-crawler. There are a variety of different quest-hubs for players to navigate between, however, the bulk of the game does in fact take place within dungeons.. hence its name.
Dungeons are filled with a variety of different enemies and quite a few different bosses. They’re also doable with groups of players, so you’re not in any way required to go it alone.
But there isn’t any type of open-world. You can run around all of the different quest hubs – and let me reassure you, there are quite a few and they’re very, very diverse, talking to other players, socializing, buying and selling. About what you’d normally do in an MMO.
Thankfully I’m a fan of these types of games. I love them and have loved them for the vast majority of my life, and DFO is one of the better ones out there, thus my constant inclusion of it in top-lists. 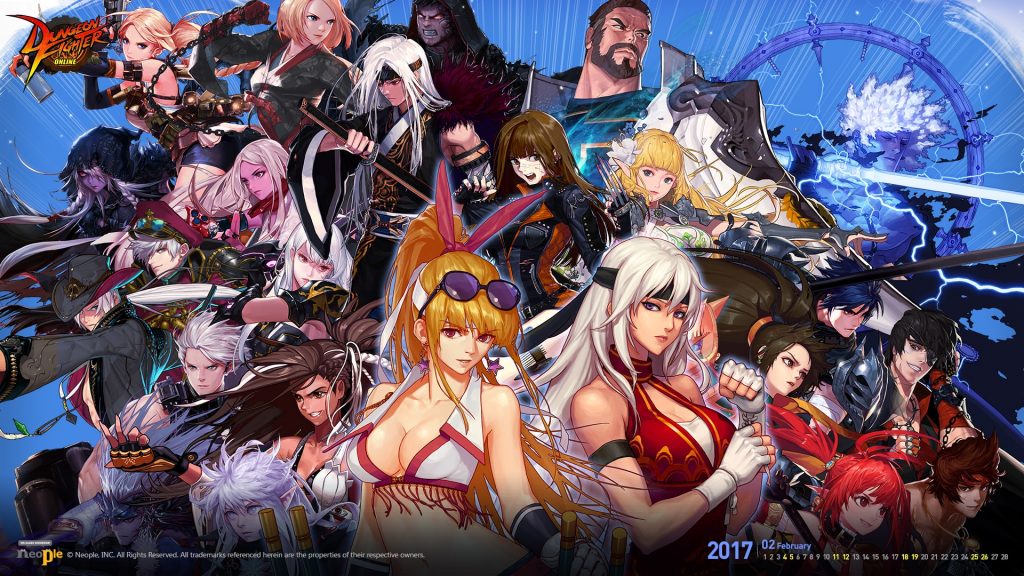 Now on November 17th there was a large update that hit the servers. That updated included quite a bit of content including a brand new “Level Up Event,” allowing players to reach level 100 in no time at all. You also receive a full set of level 100 Legendary gear, Fragmented Abyss Gear and a +12 Reinforced Epic Weapon.
I actually equipped myself in some pretty sick gear which made later-game content – specifically the endgame dungeons much easier to run and much more manageable overall.
The update also brought with it the Neo Awakening of the Male Priest – the Neo: Crusader, Neo: Monk, Neo: Exorcist and Neo: Avenger. There will be additional events taking place over the course of the month so if you’ve been delaying either coming back to the game, or have yet to ever try the game out.. this is your opportunity.

We have a Coupon Code available for players that want a unique outfit that is redeemable all the way through December 15th. All you need to do is log into the game, navigate to the Coupon Book and type in 2020 Welcome To DFO – the exact code in specific will be included in the description.

Ultimately, I’ve always had a soft spot for Dungeon Fighter Online. This is a game I find myself repeatedly coming back to, and there’s a reason for that. It’s fun. It’s a good quality game. It’s something I’ve always enjoyed and will continue to enjoy moving into 2021.